by An Ordinary Man (the novel)

“Cassiopeia was visible, as were a few other constellations he did not know as well. Her story fascinated him; had she really bragged about her beauty, or had she simply acknowledged an indisputable fact? A pretty woman who knew she was was often prettier than one who pretended she wasn’t. Sharing beauty was to be commended, not condemned. Poseidon had plainly overreacted.” 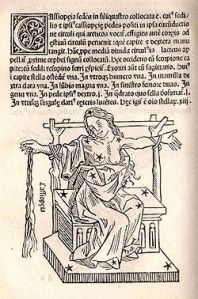 Cassiopeia is a constellation in the northern sky that resembles a stretched-out W.  It is named for a mythological queen notorious for her arrogance and beauty who received a terrible punishment:

Since Poseidon thought that Cassiopeia should not escape punishment, he placed her in the heavens tied to a chair in such a position that, as she circles the celestial pole in her throne, she is upside-down half the time. The constellation resembles the chair that originally represented an instrument of torture. Cassiopeia is not always represented tied to the chair in torment, in some later drawings she is holding a mirror, symbol of her vanity, while in others she holds a palm leaf, a symbolism that is not clear.  Wikipedia.com